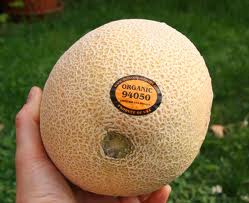 At least 13 people in eight states have died after eating cantaloupe contaminated with listeria, in the deadliest outbreak of food-borne illness in the United States in more than a decade, public health officials said on Tuesday.

Many of the deaths involved people over age 60, who are especially susceptible to the aggressive pathogen.

The cantaloupes were grown by a Colorado company, Jensen Farms, which issued a recall this month. The melons, a type marketed as Rocky Ford cantaloupes, named after a region in Colorado, were sold around the country.

The federal Centers for Disease Control and Prevention reported that since the outbreak began in late July, at least 72 people had fallen ill in 18 states.

The agency said that four people had died in New Mexico, two in Colorado, two in Texas, and one each in Kansas, Maryland, Missouri, Nebraska and Oklahoma. The toll could grow as state health officials wait for test results on other deaths suspected of being part of the outbreak.

Listeria is a common but dangerous bacteria that can cause severe illness, especially among the elderly, the very young and people with compromised immune systems. The pathogen can also cause pregnant women to have miscarriages.