45% of Kids in Fukushima Survey had Thyroid Exposure to Radiation

Around 45 percent of children in Fukushima Prefecture surveyed by the local and central governments in late March experienced thyroid exposure to radiation, although in all cases in trace amounts that did not warrant further examination, officials of the Nuclear Safety Commission said Tuesday. The survey was conducted on 1,080 children aged 0 to 15 [...]

Bloomberg: Radioactive cesium-137 was found in Tokyo’s tap water for the first time since April as Japan grapples with the worst nuclear disaster in 25 years. The level was below the safety limit set by the government. Cesium-137 registered at 0.14 becquerel per kilogram in Shinjuku ward on July 2 and none was discovered yesterday, [...]

Drought and wildfires have lead to the decision by the US Department of Agriculture to declare the entire state of Texas a natural disaster. KCBD in Lubbock reports that in all, 213 counties in Texas have lost at least 30 percent of their crops or pasture. The disaster declaration will allow farmers and ranchers to [...]

TOKYO (Kyodo) — Trace amounts of radioactive substances were found in urine samples of all of 10 surveyed children from Fukushima Prefecture in May, where a crippled nuclear power plant is located, a local citizens group and a French nongovernmental organization said Thursday. David Boilley, president of the Acro radioactivity measuring body, said at a [...]

IWAKI, Fukushima — Hot spring water is pouring out of a quake-hit residential area here apparently as a result of shifts in the Earth’s crust triggered by the March 11 earthquake. Fifty-year-old Chie Azuma, who owns an apartment complex in the Uchigotakasaka district of Iwaki, noticed the sound of water flowing nearby after an aftershock [...]

More than 3 millisieverts of radiation has been measured in the urine of 15 Fukushima residents of the village of Iitate and the town of Kawamata, confirming internal radiation exposure, it was learned Sunday. Both are about 30 to 40 km from the Fukushima No. 1 power plant, which has been releasing radioactive material into [...]

“Home Farming Movement” There’s a term that if you haven’t heard it yet, you will become very familiar with in the near future, that term is “home farming movement”. The powers that be are now pushing for a home farming movement because we are now at a point at which America can no longer feed [...]

Radioactive materials spewed out from the crippled Fukushima No. 1 Nuclear Power Plant reached North America soon after the meltdown and were carried all the way to Europe, according to a simulation by university researchers. The computer simulation by researchers at Kyushu University and the University of Tokyo, among other institutions, calculated dispersal of radioactive [...]

The whereabouts of about 30 subcontractors who helped deal with the crisis at the crippled Fukushima No. 1 Nuclear Power Plant is unknown, the Ministry of Health, Labor and Welfare said on June 20. The workers are among some 3,700 who worked to control the disaster in March, the month the plant was struck by [...] 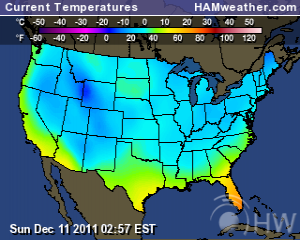 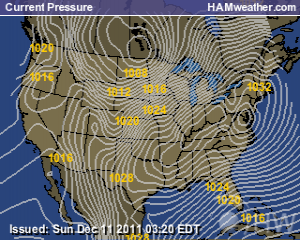